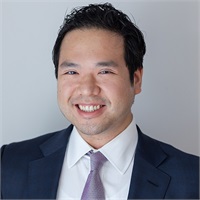 William Chen has over 10 years of institutional experience in finance and investment management. Before joining Tandem Capital Management, William was the Senior Manager and VP of Alternative Investments at CITIC CLSA Ltd, where he oversaw both the firm’s registered Fund of Funds and its Statistical Arbitrage Fund.

Prior to CITIC, William was a quantitative analyst at GSB Podium Advisors LLC, a New York-based hedge fund. He began his career at Deutsche Bank, in proprietary equity trading, where he built strategic algorithms. William earned his BA degree in Economics and Music Performance from New York University, and is a Licentiate and Fellow of the Royal Schools of Music. William has performed piano and violin at venues such as the Kimmel Center for the Performing Arts in Philadelphia, the Hammerstein Ballroom, and Carnegie Hall in New York. He also enjoys ballroom dancing and previously competed in dancesport.